From Ragtime to Rock and Roll 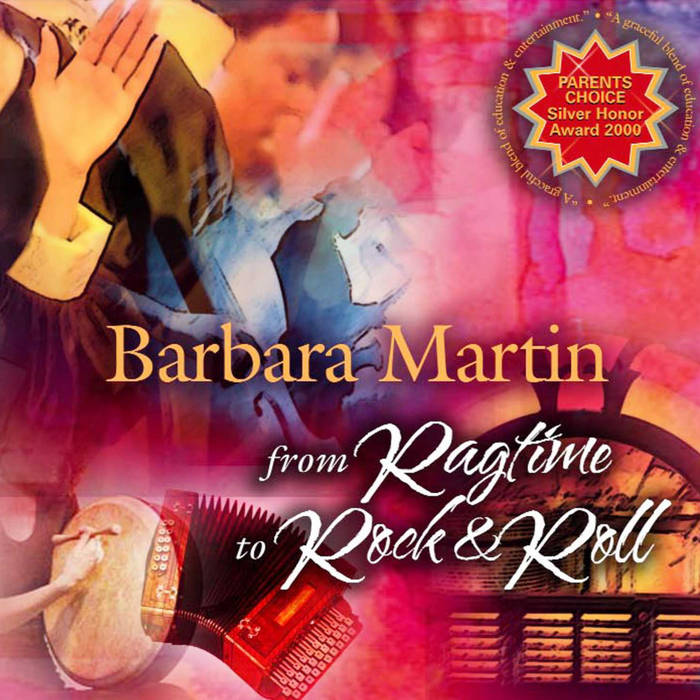 Parents Choice Foundation Silver Honor Award, Fall 2000 From Ragtime to Rock and Roll Fall 2000 Music Ages: 5 - 12 yrs. Review: Something a little different: Barbara Martin takes listeners on a journey through the rhythms of America s musical past, from 1750 to 1950, performing songs that illustrate the roots of folk, blues and jazz, to early country and rock. Some of her selections: "Motherless Child," "Wild Rover," "It Don t Mean a Thing" and "Hound Dog." The integrity of the instrumentals and Martin s warm, clear vocals and brief but informative introductions to each song segment are a graceful blend of education and entertainment. Her historical set piece is the main attraction; Martin also includes a few original message songs. Her "If Smoking s So Cool" isn t a great fit with the rest of the history-spanning, larger-themed tone, but "There s a Rhythm to It All," with tuneful percussion instruments, and the zydeco-flavored "Life Is For Living" are songs to take to heart. Lynne Heffley Â©2000 Parents' Choice A long-time Parents' Choice music critic, Lynne was a staff writer for 25 years at the Los Angeles Times where she established and maintained the paper's first weekly children's arts and entertainment beat and was a general arts reporter. Now a freelance writer, Lynne works in the areas of non-profit communications, the arts and family entertainment (specializing in children's theater, music, audio books and book illustration). In her spare time, when she's not reading, Lynne is likely to be found strumming American Songbook standards and Tin Pan Alley novelty songs on one of her seven ukuleles. --Parents' Choice Awards